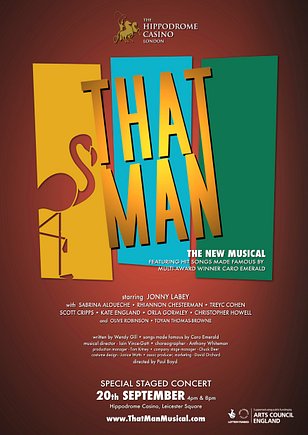 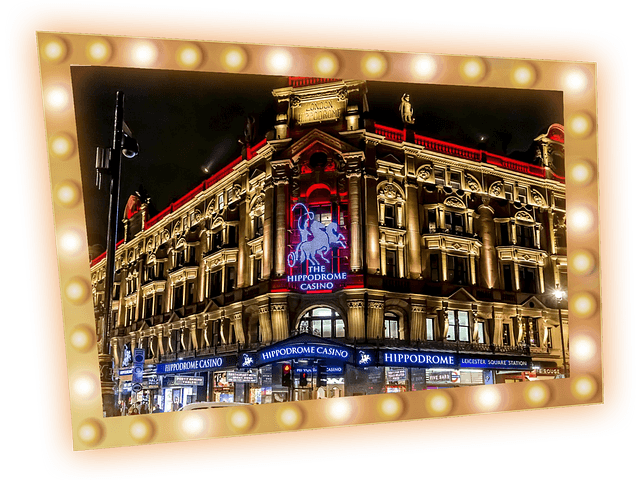 The band was under the direction of the late, great West End musical director Iain Vince-Gatt, and choreography was by multi-award-nominated Anthony Whiteman. Paul Boyd directed the show which was supported by a grant from the Arts Council.

The photos of the production, which can be seen across this web site, are by Darren Bell.

Following a successful 2014 workshop production of THAT MAN at London Theatre Workshop, Wendy Gill rewrote and reworked the show to create an even stronger story incorporating more of David Schreurs’ and Vincent Degiorgio’s songs.

One of the biggest changes made to the show at this time was the decision to set the story back in 1950s London, which meant that all of the night club action could take place in Soho's iconic Flamingo Club.  In the 1950s the Flamingo Club played an important role in the development of British rhythm and blues and jazz; the club had a wide social appeal and was a favourite haunt for musicians, and performers there included Sarah Vaughan, Ella Fitzgerald, and Billie Holiday; the perfect home for the retro sound of Caro Emerald’s music.

In 2016 a concert version of THAT MAN was presented at an equally famous building in London, The Hippodrome. In the late 1950s The Hippodrome theatre was converted into The Talk of The Town nightclub, where performers from around the world including Judy Garland, Eartha Kitt, Shirley Bassey, Sammy Davis Jr., Diana Ross & The Supremes, Liza Minnelli, and Stevie Wonder performed. It was the perfect performance space for a show set in the Flamingo Club.

Both performances of THAT MAN at the Hippodrome (the industry matinee and the evening public show) sold out.