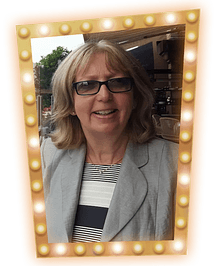 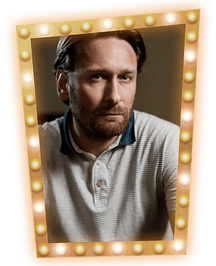 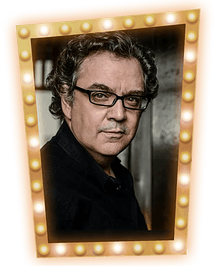 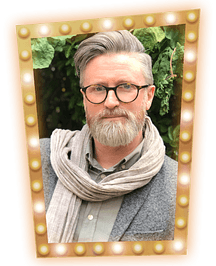 WENDY GILL has an MA in Creative Writing from Middlesex University, she enjoys writing plays and short stories. Wendy likes to write about the human condition, bringing poignancy and comedy into her writing. She also loves music: when she heard the first release from Caro Emerald it evoked scenes from an iconic era for a story, and a sound that she could hear in a stage musical. Wendy wrote the story, which has developed into That Man, a new and exciting musical.

She has been a member of London's musical theatre writing workshop BOOK, Music & Lyrics since 2014, and a Board Member since 2017.

DAVID SCHREURS is a writer and record producer and the founder of Grandmono Records - a record label, production team, publishing and management company based in Amsterdam.  Grandmono created, produces, and manages the work of Caro Emerald.

VINCENT DEGIORGIO is a Canadian DJ, record producer, music publisher and songwriter. His recent work includes writing and co-producing hit albums for Caro Emerald, whose debut album Deleted Scenes from the Cutting Room Floor spent 30 weeks in the #1 spot on the Dutch Top 100. Degiorgio also wrote songs for Taiwanese singer Joanna Wang, who sings largely in English and is referred to as 'Taiwan's Norah Jones'; her first album sold more than 10,000 copies in the first ten days of release.In September 2016,

PAUL BOYD is the multi award-nominated writer and composer of 25 stage musicals that have been presented in professional productions around the world. He is also the composer of dozens of original scores and soundtracks for professional theatre productions across Ireland and the UK, the co-creator and co-director of a series of internationally acclaimed water spectaculars, the writer of various plays that have toured nationally, and a stage director who has enjoyed successful collaborations with many leading theatre producers.

Paul's best known shows include the international hits Alice The Musical and Hansel & Grettel, the award nominated thriller The Haunting of Helena, the national touring and West End play Spike Milligan's Puckoon, the much celebrated Edinburgh and London cult musical Molly Wobbly's Tit Factory, the record-breaking Peter Pan The Musical, and the critically acclaimed Pinocchio The Greatest Wonder of the Age.