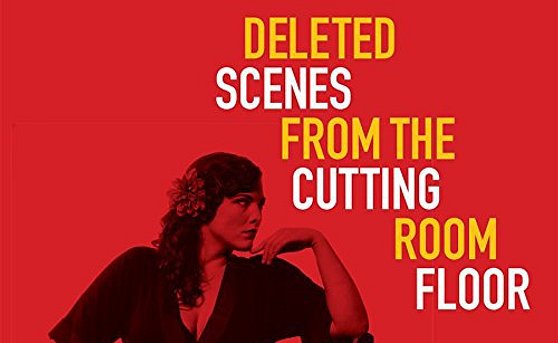 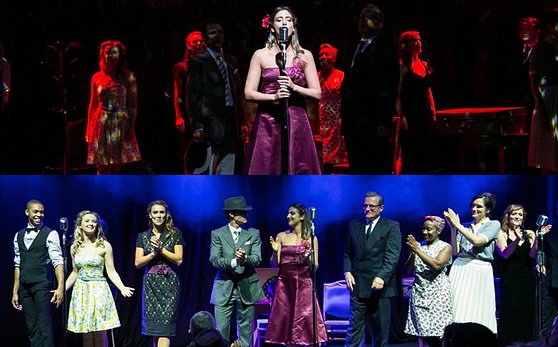 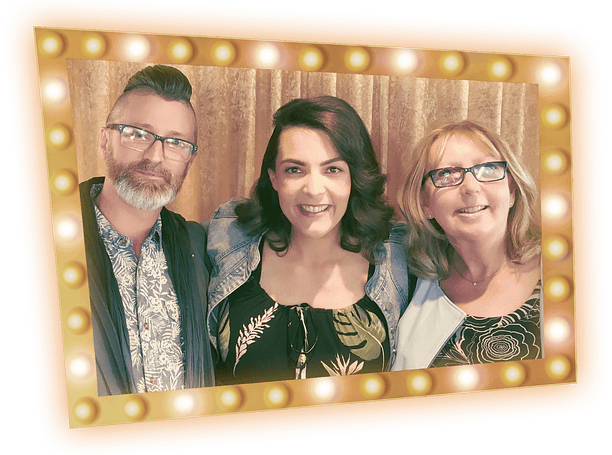 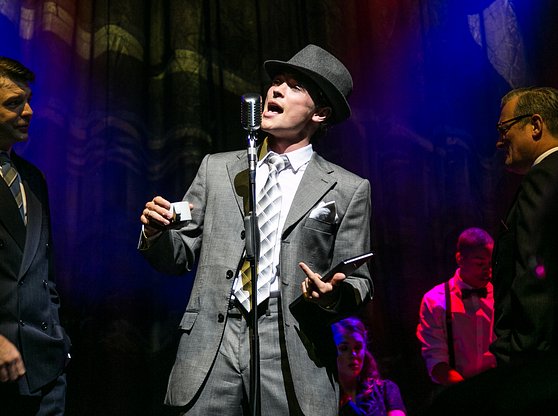 Wendy attended Caro Emerald’s live concert at the Roundhouse in London where she approached Caro’s songwriter and manager David Schreurs, telling him about her idea of writing a musical using his songs. David was intrigued and gave Wendy the go-ahead to pursue her idea.

The first draft of the musical, named THAT MAN after what was then one of Caro’s biggest hits, was selected as the first musical to be given a rehearsed reading at London’s renowned Player-Playwrights workshop.

Wendy approached London-based writer and director Paul Boyd with her script and a host of ideas to develop the show further, including incorporating more songs from Caro’s recently released second album “The Shocking Miss Emerald”. Paul began mentoring Wendy as she redrafted the show, and in August a workshop production of THAT MAN was staged at London Theatre Workshop to a sell-out audience.

Using feedback from the workshop production, Wendy and Paul began working on a new version of the show, setting the story in London’s infamous Flamingo Club at the height of its notoriety in 1957 and including more Caro Emerald songs than ever before.

In September a special staged concert production of THAT MAN was presented at The Hippodrome in the heart of London’s West End, accompanied by a live band and performed by a cast of West End stars, lead by TV actor Jonny Labey. Songwriters David Schreurs and Vincent DeGiorgio, record company Grandmono, and the associated music publishers sent representatives to the show.

In September, Wendy Gill was driving through London when, on her car radio, she heard Caro Emerald’s single “A Night Like This” on BBC Radio 2. She was immediately struck by the potential of the song as a musical theatre number, and she set about researching Caro Emerald, her writers and publishers, and acquiring a copy of Caro’s first album “Deleted Scenes From The Cutting Room Floor”.

Before long Wendy had taken every track from the album and used them to weave the story of a City of London playboy called Rick (the eponymous “That Man”) and a young immigrant singer called Rosa.

THAT MAN was picked up by producers who had seen the staged concert production in 2016 and who were also fans of Caro Emerald's music.  The producers had specific ideas about the direction that further script revisions should take, and with their notes in hand Wendy began a year of extensive rewrites.

The producers revealed a UK-wide tour of THAT MAN in a full production to feature a cast of West End stars and an on stage band. The tour was scheduled to commence in March 2020, but was cancelled.

When the creative team reassembled to recommence work on THAT MAN post-pandemic it was without the involvement of the producers who had picked up the musical four years earlier.  This development presented Wendy, Paul, David, and Vincent with the opportunity to collaborate on a new and improved version of THAT MAN, more in keeping with the show as originally staged in concert at the Hippodrome in 2016, which had proved to be so popular.  Now, with greater emphasis on the incredible love story at the heart of Wendy's tale, and clever use of David and Vincent's amazing songs as released by Caro Emerald and still adored worldwide, work on THAT MAN is well and truly underway.